When police respond to the scene of a car accident, they are not just looking to render assistance to anyone who has been injured. They are also looking for any evidence of drunk driving. And if an officer finds such evidence, the person identified as the driver may face serious criminal charges.

This recent case from Corpus Christi, Sanchez v. State, provides an apt example. One day, a Texas Department of Public Safety trooper responded to the scene of a two-car accident. The trooper spoke with one of the drivers, who claimed the other driver “failed to yield the right-of-way to her,” causing both vehicles to run off the road and into a ditch. 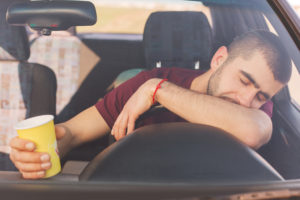 Prosecutors charged the defendant with third-degree felony DWI based on his prior record. At trial, the defendant argued the trooper lacked probable cause to arrest him. Specifically, the defendant said there was insufficient evidence to prove he was actually “operating” a motor vehicle at the time of the accident. After all, the trooper did not personally witness the defendant driving, although on an affidavit in support of her request to take a blood sample, she indicated she had “observed the suspect … operating a motor vehicle.” This affidavit was later admitted at trial over the defense’s objection.

A jury ultimately found the defendant guilty. Based on the defendant’s status as a habitual offender–he had 9 previous DWI convictions–the trial court sentenced him to 40 years in prison. On appeal, the defendant renewed his objection to the evidence demonstrating he was the actual driver on the day of the accident.

If the police wish to interview you at the hospital following an accident, remember that you do not have to answer any questions or consent to a blood draw. Anything you say can and will be used against you, particularly if the officer has any reason to believe alcohol played a role in your accident. That is why your best option is to remain silent and contact an experienced DWI accident attorney. Call the Law Offices of Tad Nelson & Associates in Houston, Galveston or League City today if you need immediate legal advice or representation.